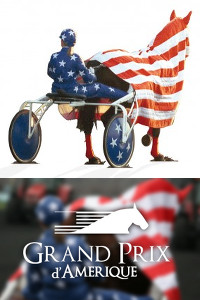 Le Prix d’Amérique is a harness race held at the Vincennes hippodrome in Paris, France. Prix d’Amérique takes place on the last Sunday of January every year since 1920, created as a tribute to the United States’ commitment to World War 1 and has been doing so with the exception for the years 1940-1941 when it was cancelled due to World War II. It is widely considered the most prestigious harness race in the world and brings together the World’s best performers over the classic distance of 2,700 meters.

This year’s race takes place on Sunday January 28 and will count 18 performers. It will be broadcasted in 35 countries. It is about 40 million euros bets on this race and 1 million to the winner.